The other day I was working on a Windows 10 laptop when it started acting erratically and then crashed. One moment I was working as usual and then suddenly I was presented with the nice picture below indicating Your PC ran into a problem and needs to restart.  Instinctively the first question I asked myself was am “I going to I lose anything?” Fortunately this time I wasn’t using my primary laptop so I wasn’t going to lose anything. But, I have experienced personal computer crashes where I have lost data that wasn’t backed up. It’s never pleasant.

Disclosure: I may receive compensation for purchases made through affiliate links in this article.

What is your backup strategy?

It goes without saying you have to backup your data and yes in this instance I disregarded best practices because I didn’t use the computer frequently thinking it would never be an issue but on that particular day it was and I needed some files I had literally just saved to my hard drive before the OS crashed.

An important consideration with any backup strategy is how much time will it take to recover lost data. Think your WI-FI is slow now? Online backup solutions are great but will likely be colossally slow when restoring gigabytes or terabytes of data.  Local solutions are best but prepare for the worst. Accept that the timing of the backup will miss your latest file changes or worse yet the backup wasn’t even watching the right folder.

As I mentioned earlier I’ve lost data that wasn’t backed up. I once lost nearly a terabyte of family home videos that I had painstakingly digitized from Hi8 tapes but never backed up. And why? Because I was was concerned about exceeding our home network bandwidth utilization uploading those humongous files to the online backup provider we were using.

Since then I’ve implemented hard drive redundancy which is great if you have a desktop computer but laptops usually only have one hard drive. Fortunately, now even laptops can leverage USB drive mirroring (RAID1) as mentioned in an earlier post about Windows 10 Storage Spaces.  The best plan is to assume that your backup will fail and that eventually something will happen to your computer such that your backed up data will not be available when you need it.

What is Windows 10 Automatic Repair?

I commend Microsoft for bringing the blue screen of death (BSoD) into modern times. No longer does one have to decipher a memory dump displayed on the screen.   After my Windows 10 laptop crashed and it completed collecting the error info as indicated on the screen, it automatically rebooted itself. Unfortunately that was not the end of my challenges.

In technical parlance laptop was hosed. My only option would be to reinstall Windows. As a technology professional this is not a big deal for me. I have my reinstall media and licenses nearby.  However, if this is your first time or are not technical and don’t know where your installation media is, then consider trying Parted Magic.  They have the solution to recover your files after a computer crash even when Windows is down.

Before reinstalling Windows though, I needed to get some files out of the My Documents and Photos folders. Usually when trying to recover deleted files one can just go to the recycle bin or use a third party tool like Recuvra.  However, this wouldn’t be option for my situation because Windows was dead -I needed to recover files without Windows. Parted Magic runs a virtual OS from a CD ROM that can read your computer’s hard drives. As long as your hard drive isn’t dead, getting any files off it with Parted Magic is a straight forward process. 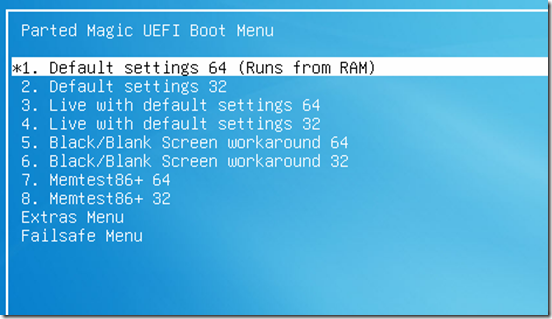 Parted Magic offers a free 2 week trial. After you have download Parted Magic and created the necessary boot media, just restart your computer.  As a reminder immediately after rebooting be sure to manually press a key on the keyboard to force booting from the CD ROM. If that doesn’t work try F8 or F2 to enter BIOS to change boot order options.

While Parted Magic loads you will see quite a few diagnostic messages flash on the screen but eventually you’ll be presented with the main menu shown above. For most situations just select the default option which is preselected. 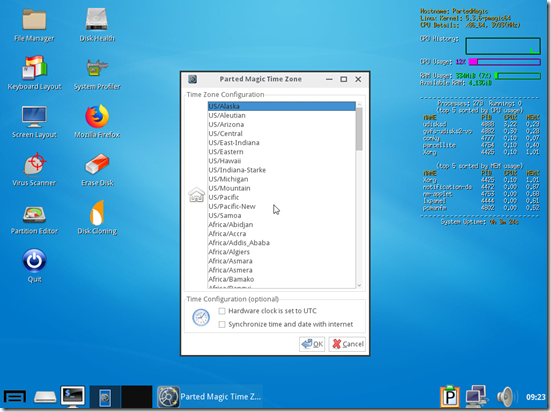 Once the Parted Magic boot media opens you will be prompted to choose the timezone / language for your computer.

Parted Magic has several utilities available but in my situation I am just choosing the File Manager.

The Parted Magic File Manager reads all the disk drives connected to your computer.  Since I am trying to access the default Windows Documents and Photos folders I click on the Users icon and then open my user folder. 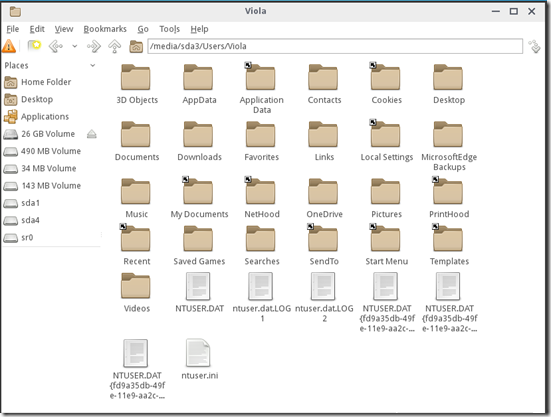 As you can see in the above photo Parted Magic found all the default Windows user folders. The final step is to just copy the files I need off the hard drive to my USB device.

If Windows still works and your hard drive didn’t die, then as I mentioned earlier you can usually recover deleted files just from the Windows recycle bin. However there may be times when even the recycle bin won’t be able to restore your files. In this case you can try a free program like Recuvra which can deep scan your hard drive for deleted files. 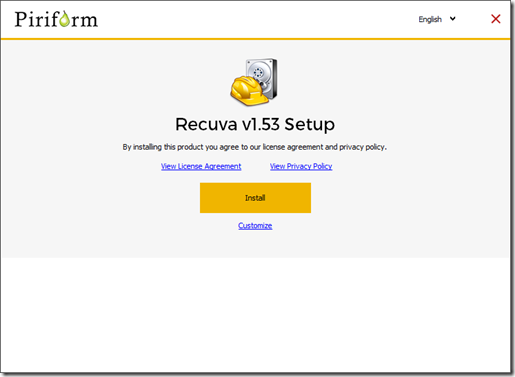 Once installed Recuvra can scan all your computer’s hard drives including external USB drives. The default scan goes quickly but there is an option to perform a deep scan that will take longer to complete. 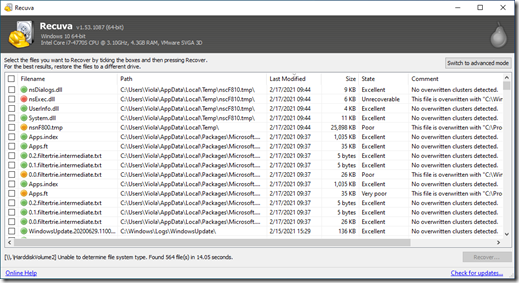 After completing its scan Recuvra will show you all the deleted files that have been found. The State column indicates the likelihood that the file can be restored.  From here restoring files is a easy.

Having a laptop crash is a frustrating experience and relying on the convenience of automated backup software can bring an unfortunate surprise if it’s not configured properly. However, thanks to Parted Magic you can still recover files from your hard drive even if the operating system down. Thanks for reading!